Long, long time ago, James and I were introduced to blintzes when we stayed up all night at the home of some friends, watching a lunar eclipse. The lady of the house made us blintzes for breakfast; as I recall, she made cheese blintzes and also blueberry (using blueberry pie filling, as it was the dead of winter, no fresh blueberries to be found).

Sunday we decided it was far beyond time to make some blintzes ourselves. I had been paging through Mark Bittmans's How to Cook Everything--yet again--and came upon blintzes. Eureka!

They're sort of like crepes, but because they're eggy, they're sturdier. James took care of cooking the dough, and I filled the shells as they came off the pan. 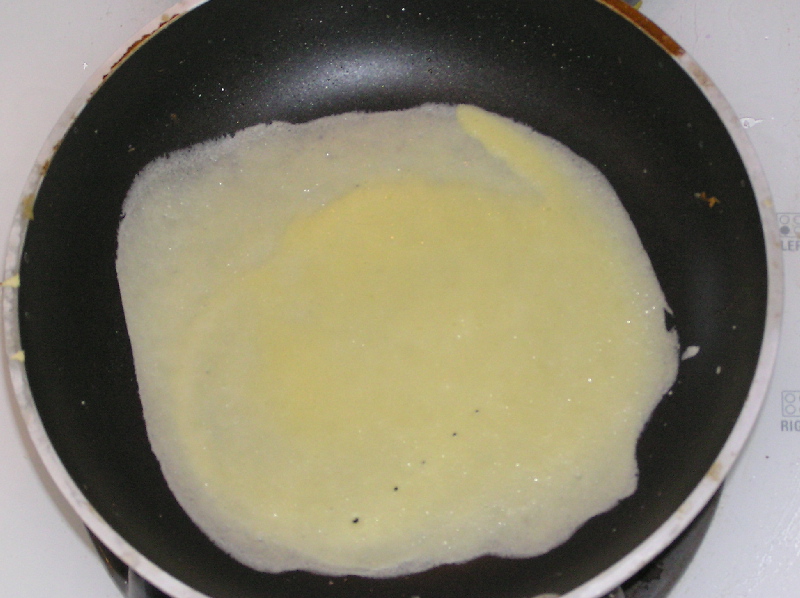 And here I'm about to roll up the blintz with the filling inside: 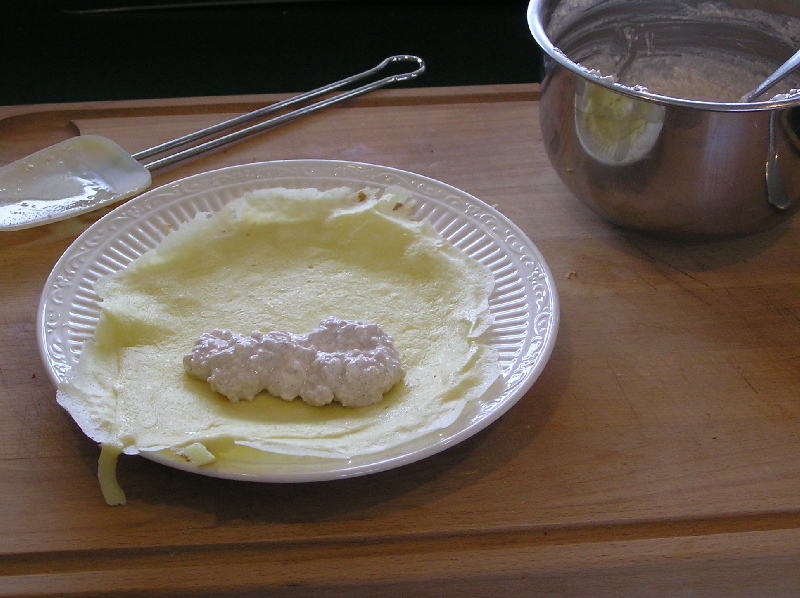 Here are the filled and rolled blintzes being sauteed: 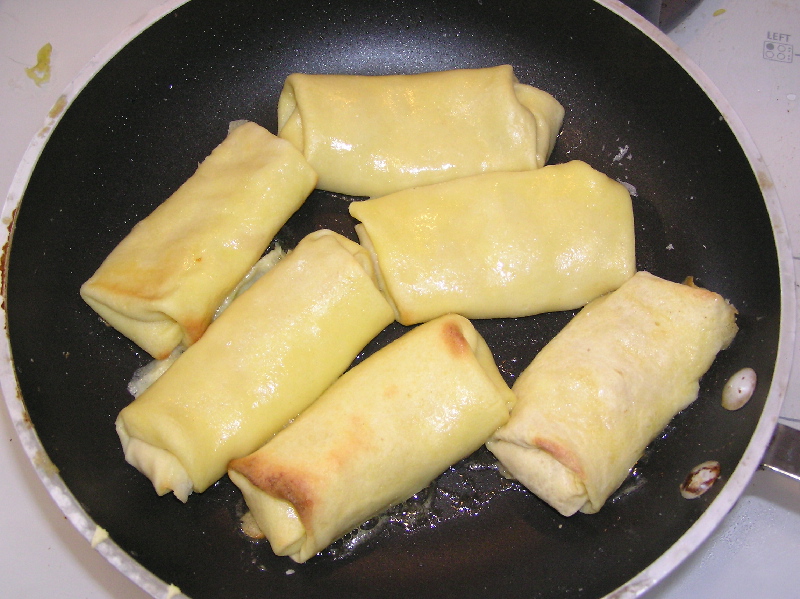 The recipe follows. I would not use sugar if I made these again; I remember the blintzes I had long ago and they had more of a bite to them, which I loved. I can't wait to try these again when our strawberries begin to bear. I think fruit-filled little packages with a dollop of sour cream will be fantastic. You can also make these with a mushroom or mashed-potato filling. I think mushroom blintzes would be an awesome side dish with a roast beef or grilled steak dinner.

Whisk together the flour, salt, and milk until very smooth (I used my stick blender for this). Beat in the eggs and stir in the cooled melted butter.

Put a nonstick or very well-seasoned 8- or 10-inch skilled over medium heat. Let it heat for a couple of minutes. Add a pat of butter. Stir the batter with a large spoon, and then add a couple of tablespoons of batter to the pan. Swirl it around so that it forms a thin layer; pour any excess back into the batter that remains.

After about a minute, the top of the blintz should be dry. Turn it over and cook the other side for 15 to 30 seconds. It should not be crisp at all. Stack the finished blintzes on a plate, unless you have a partner who's filling the blintzes as you go.

Melt some butter in a skillet and saute the blintzes until they're brown and crisp on both sides.

And there you are, a lovely Sunday brunch. Or heck, a lovely light lunch or dinner. Enjoy!

These are good with fruit too! Thanks for the savvy post. I now know how to make these myself instead of buying the over priced ones all the time! Cheers~

Oh I haven't had Cheese Blintzes in a long time! Yummy!